Sam Gough on moving on from static content to dynamic comms 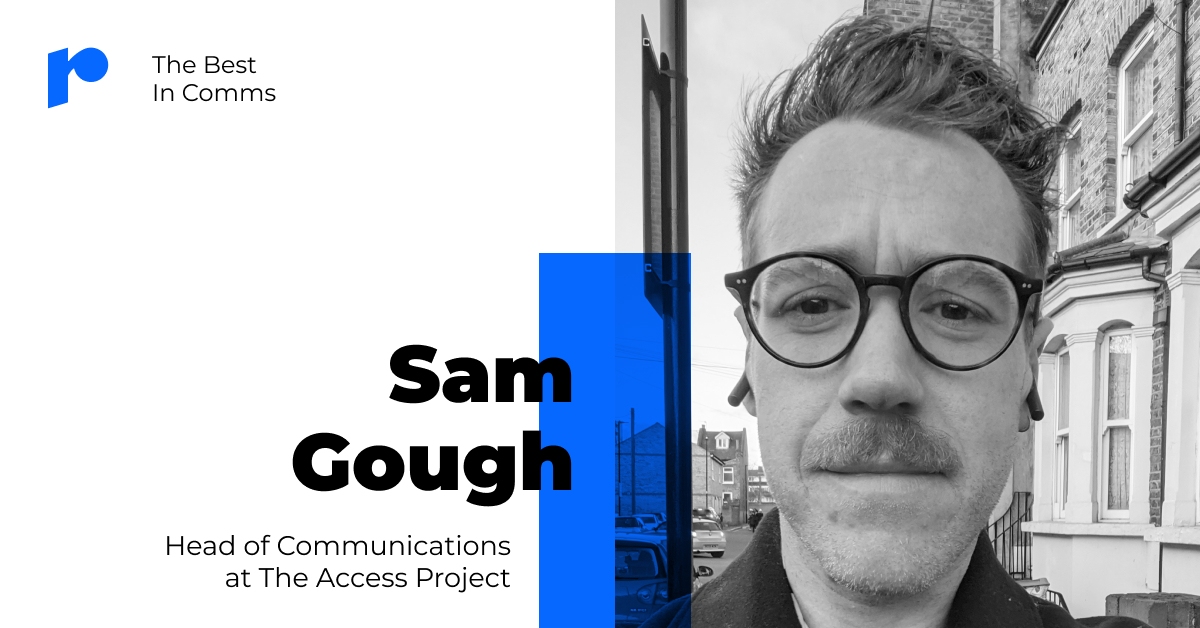 Sam Gough, head of communications at The Access Project, shares with us his take on being dynamic to match the digital environment.

As I work for an education charity, it makes sense for me to start this at school.

I was obsessed with my English teacher at school (big up Ms Barker) and I fell in love with writing - not necessarily creatively but just in general. It was really there, in a state school classroom in Birmingham, that my dream of writing in some capacity for a living crystallised.

I stumbled upon communications after graduating from university - but it always felt like the right career for me. I got the chance to be creative, write, and to spend hours thinking about how other people would perceive things - which, as someone with anxiety, I had been practicing from a very young age.

I think it’s important to be someone who’s open to change. When I first started in communications, content was mostly static and the focus was on getting press coverage. And that’s changed enormously over the years. If you’re not open to change you’re going to fall out of touch with your audiences so embrace change.

The main challenge is staying up to date I think. The way in which people consume content changes all the time - one day something is in, and the next day it’s out (to paraphrase Heidi Klum in Project Runway). As such, you also need to constantly be open to learning new skills.

When I worked for an international NGO in Lebanon I built the Communications team from scratch and in doing so I created roles based around specific skill sets that the organisation needed. My team had a part time Content Creator specifically for video; and one for design. But when I came back to the UK I had to learn not only how to comment on these aspects of Communications but also how to do them (well, video editing not so much…) So obviously Canva became my new best friend.

We’re a small communications team so obviously more resources and money would be a dream. But I guess it’d be amazing if we could just download information into our brains and then be able to do it. For example - I just want to be able to know how to do TikTok rather than having to ask young people to teach me.

I think The Access Project recognises that the communications team is there to help them get their message across to their intended audiences. I think as an organisation we are learning to be more external-facing - and I have definitely seen some excitement from the team around that. Our amazing frontline workers who are in schools mentoring young people are doing some really great student-facing content for us and that’s really beginning to ignite the creative juices for other people in the charity.

I think just being open to change and listening to your audiences. If you don’t listen to them, you won’t give them what they want and your content very rapidly becomes redundant.

It’s about capturing data about the impact of your work. Reach is great but how many people actually acted on reading that piece of press coverage or seeing that Facebook Ad?

I think the future lies in injecting more humanity into your communications. Organisations aren’t ethereal, corporate creatures. They are a collective of people who come together around a mission - and the more people see that, the more they are drawn to your organisation. Getting across the different personalities of all the people that make up your organisation is the way forward in my humble opinion.

In a similar vein the past few years have been incredibly tough for people. There’s definitely a malais towards the news and people feel quite bleak about the future. So to get your message out there it needs to be a message people want to hear - so I think humour is really powerful.

James Miller on learning to stay ahead of comms' rapid evolutions

The reader knows best, so let them talk to you