William Lee on collaboration and pioneering 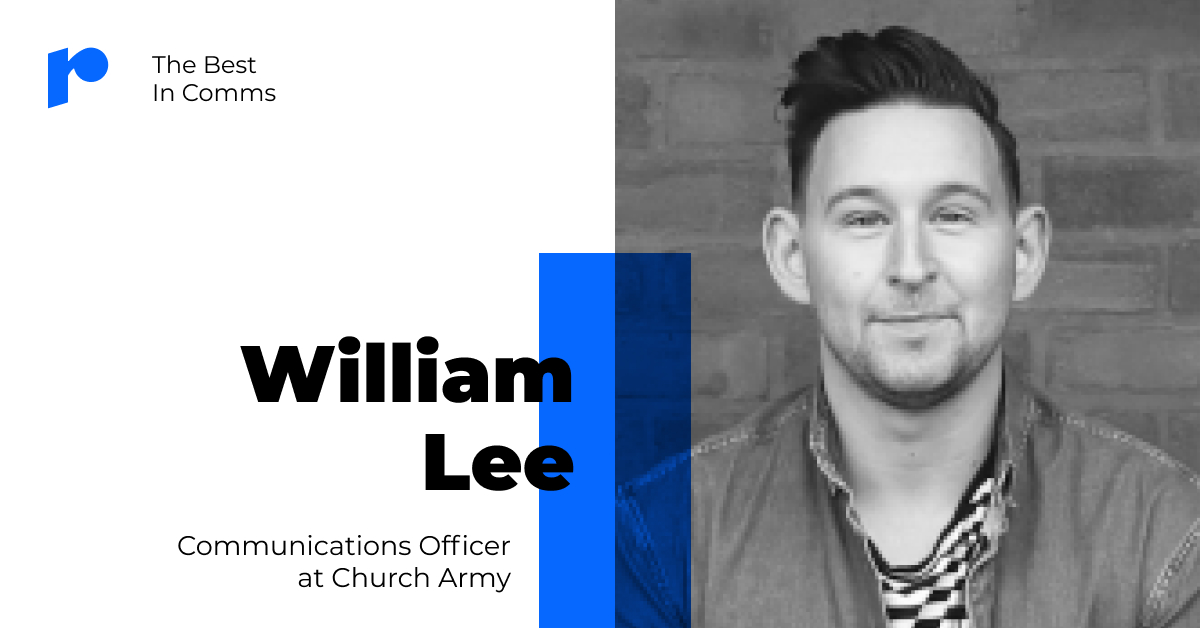 William Lee, communications officer at Church Army, shares with us his experience working comms for charities and the importance of being grateful.

I’m completely crazy about Charities and Non-Profits. I genuinely love how they have the power to transform lives and communities. I’d worked on the frontline of the Charity Industry for around 10 years before landing (almost by accident) in Communications. I started out working with teenagers and those who’d been both victims or perpetrators of sexual abuse, and later working on the streets with rough sleepers and homeless adults. After overcoming a mental health wobble, I found myself working behind the scenes in Communications for Church Army, a charity who I saw were doing fantastic work across the UK and Ireland.

The ability to collaborate well is vital, but without a knack for creativity and a pioneering spirit, Communications would be extremely difficult.

The biggest challenge facing any Charity is funding their work, and Church Army are no different.

A significant professional challenge I faced a number of years ago was receiving an offensive email from a former employer who had approached me about a senior position. In my initial role with them, I’d transformed a high-profile but failing project into one of their flagship initiatives and as such, was interested when asked to consider returning in an exciting role. To my surprise, I received an extremely rude and hostile email in return. It was a huge hit to my confidence, both personally and professionally, but also a really valuable lesson, which unfortunately, others have suffered similarly since.

A few more hours in the day.

The Communications Team are regarded extremely well. As a dispersed organisation, we have staff and projects all across the United Kingdom and Ireland. That presents many challenges, not least the ease of cultivating and reporting stories of our work transforming lives and communities. As is the case with most professionals and organisations, we’ve found COVID has challenged the average member of staff to increase their ability to communicate across dispersed bases and large distances.

For me, the secret to success is no secret at all: be thankful for others’ efforts, time and ideas.

Internal Stakeholders need to know what difference they’re making externally. At some point, every employee or volunteer needs to be able to answer the question What’s the point of my role? As Communicators, it’s our job to model and illustrate the difference that our colleagues in other departments are making to the organisation.

Within the charity sector (which is usually a few years behind the cash-rich corporate world) the next big thing will be the industry-wide adoption of responsive mail-outs to really engage with our staff and supporters.

Holly McAnoy on owning your mistakes