Alison Lawton on being visible, doing your research and not taking things too seriously 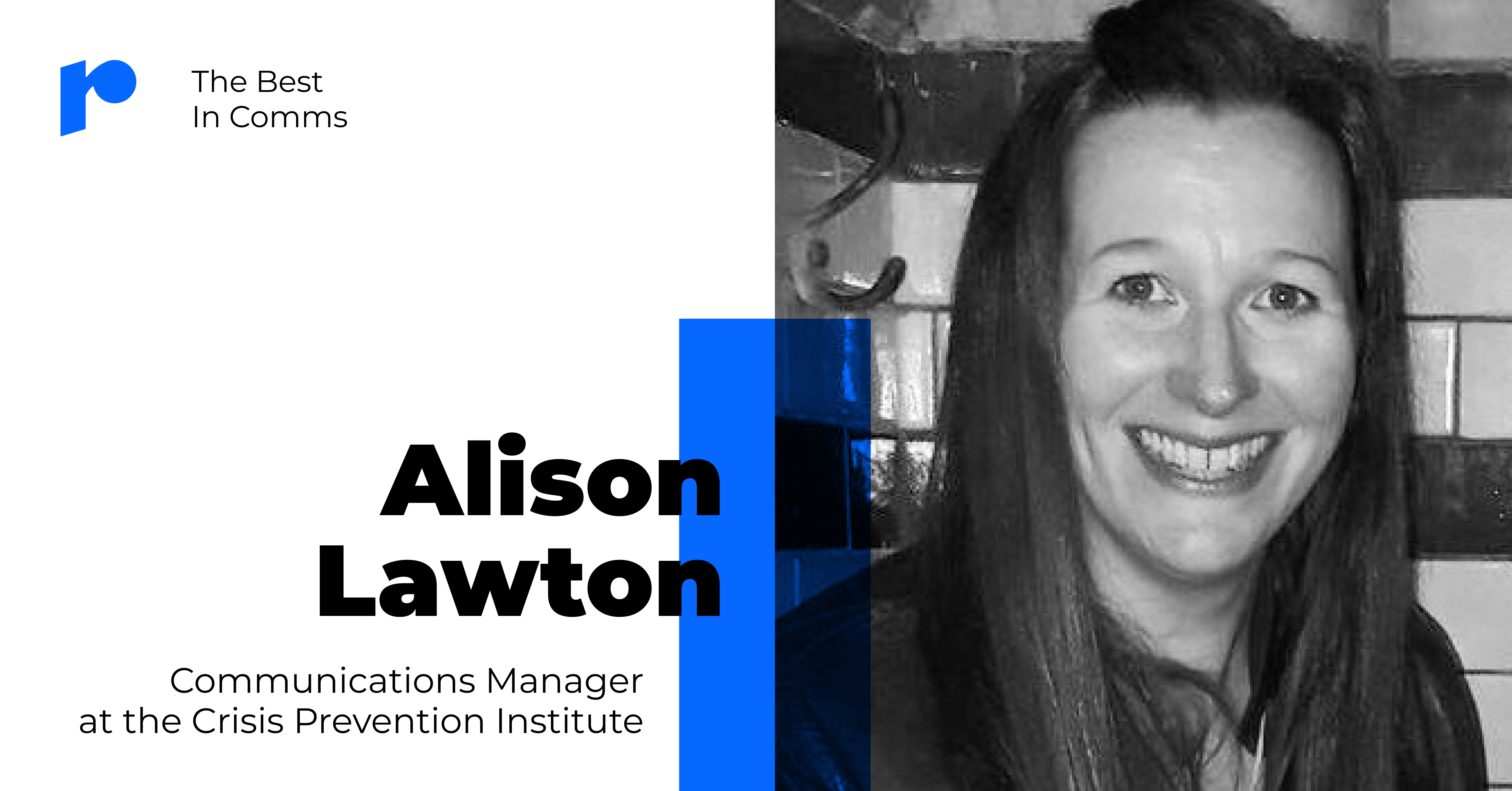 Want to learn from the best? Our interview series is the best place to get advice from those with their finger on the pulse of what's new in the comms arena.

Alison Lawton, Communications Manager at the Crisis Prevention Institute, sits down with us to discuss holding the first ever dedicated comms role at the CPI and to delve into the importance of networking with other comms professionals.

I remember putting in my National Record of Achievement (do they still do them?) at school that I wanted to be a broadcast journalist. I did go on to study and work as a journalist but predominantly on trade magazines that were normally the fairly obscure sort that featured on Have I Got News for You?.

I moved into PR & comms when journalism started to ‘turn’ and redundancies were being made around me but it was a tentative decision as, certainly at that time, PR was considered to be the dark side and full of boozy lunches, probably in part thanks to Absolutely Fabulous! While communications is without a doubt not as fluffy as that (I wish it was sometimes!) it’s definitely where I feel I fit best.

Being prepared and organised is vital to being able to react to things quickly. In comms you can be working on a long term project but then still have to turn something else around in minutes. It sounds basic but you need to be completely on top of your emails and be ready to respond to some, sometimes quite strange, requests so being flexible and ready is key.

CPI International is the ‘Rest of World’ part of Crisis Prevention Institute so reaching out and engaging with employees across the world with our internal comms is pretty tricky. With the time differences / clock changes we can only run live internal virtual events with everyone at certain times of the year (unless you go completely out of working hours) and even then things have to be held at 8am or earlier in the UK for the Aus / NZ team to even contemplate being able to join us. It’s not always popular with either side of the world but it’s hard to find a solution that works for all.

My role was the first dedicated comms role at CPI so it’s work in progress but I think the past year has really highlighted the need for accessible information, delivered in a more creative way than has perhaps been done in the past. I’m lucky that I work for an organisation with a social purpose and with good stories to tell – getting colleagues to share those stories can be challenging but I’m getting there!

At React & Share, we’re obsessed with measuring our efforts to prove our worth to internal stakeholders – what measurements do you think comms teams should be presenting to their board?

This is a tricky one! The marketing elements of comms are easier to measure and we feed those back to our executive team, social media engagements, website visits etc, but the sentiment side is harder to pinpoint. I do regular surveys to check we’re on the right track with our internal comms and I do take on board all suggestions for improvement. Positive customer feedback is regularly shared with all staff, not just those at executive level, as it acts as a reminder of why we do what we do.

What advice would you give to those at the start of their career?

Be visible, do your research and try not to take things too personally. Comms is one of those jobs that so many people think they can do and when you speak to other comms professionals outside of your organisation, you realise that everyone experiences similar issues. So networking with like-minded comms folk can really help to build resilience and realise you’re not alone. It’s also fun!

I’m not sure there is a secret as such but being trustworthy and dependable will ensure that people will want to talk to you. If you’re unapproachable, finding those success stories and other elements of content would be really difficult. That, and be prepared for anything to come your way!

6 barriers to effective external communication and how to overcome them