Shaun Gibbons on having thick skin and sharp elbows 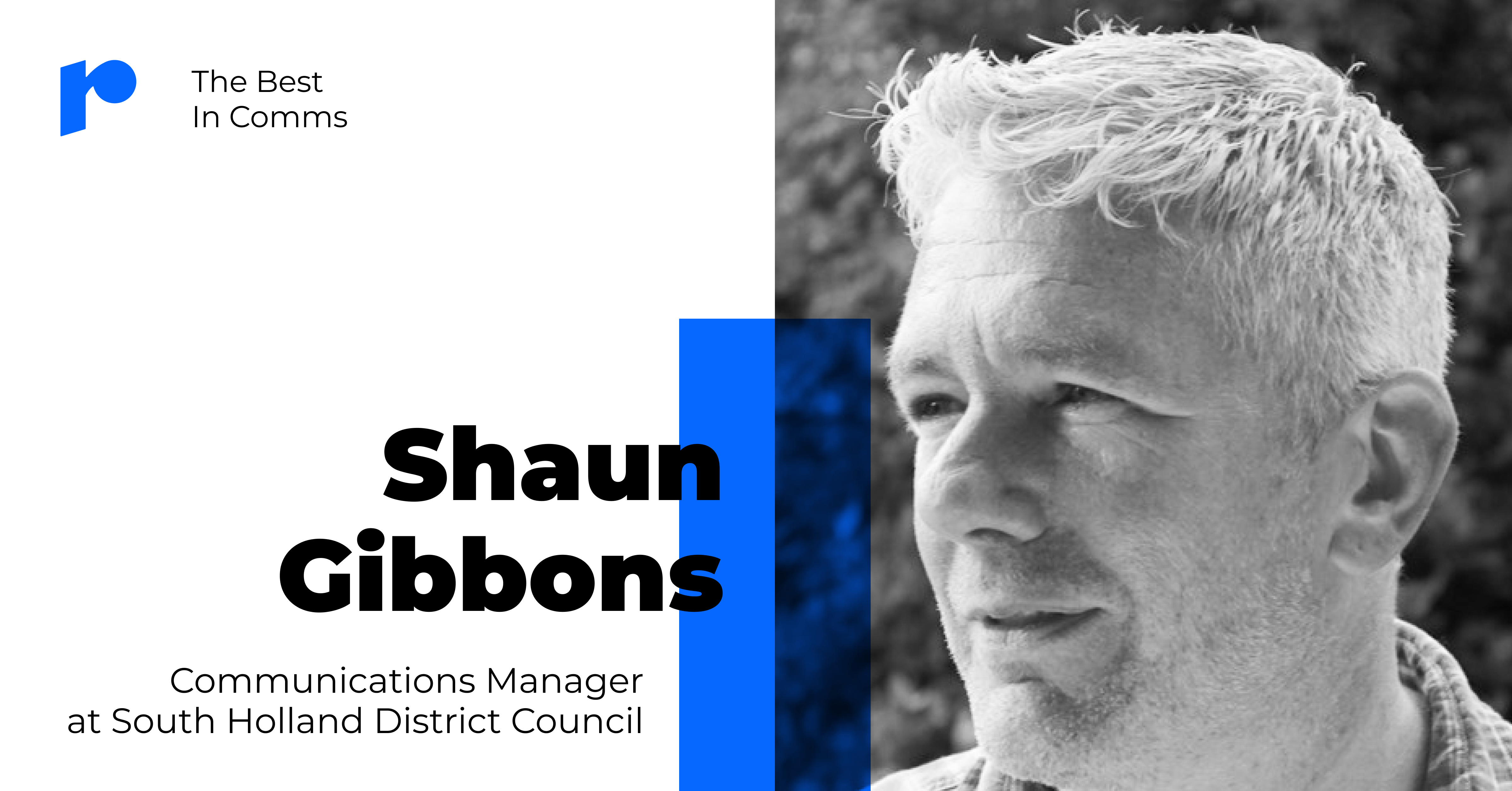 Want to learn from the best? Our interview series is the best place to get advice from those with their finger on the pulse of what's new in the comms arena.

Shaun Gibbons, Communications Manager at South Holland District Council and Communications Lead at the Lincolnshire Resilience Forum, chats with us about the importance of thick skin and sharp elbows for keeping your seat at the table.

Up to three years’ ago, my career was in publishing. I’d worked as a senior reporter then editor of newspapers and magazines before working as a publications editor for a charity. Throughout my career, I was never too far away from politics and politicians so, when the opportunity came to work at my local district council as a communications manager, I jumped at the chance. Being part of a team that more often than not has a direct impact on people’s everyday lives – the people whom you live and work with in your community – was a definite draw and I’ve been a passionate advocate of local government communications since…

No two days are the same in local government communications. You never know what to expect and who’s going to be on the other end of a call. For that I’m grateful. I can’t think of a better job – particularly for someone such as me who likes to be in the think of it all!

The biggest skill communications professionals need to have is the ability to see the bigger picture and that everything – no matter how small – is connected in some way to something else. Having this skill means you can see potential issues more clearly and, crucially, how to fix them!

Another attribute is influencing others and challenging those in positions of power. Good communication professionals are not judged on how many posts shared on Instagram, but giving sound, expert advice when it matters and having difficult conversations with leaders if you think things may not play out as well as you like.

I’ve heard people call communications a mix of art and science, therefore people find it hard to label ‘communications’. We know what we do – and, crucially, what worth we give back to the organisation. The challenge is to articulate what we do better. It never ceases to amaze me how crap some skilled communicators are at bigging themselves up and the work they and their team does…

During COVID, and as well as my ‘day job’, I’ve been leading a team of other communications professionals working on behalf of Lincolnshire Resilience Forum. This has been personally very challenging and tested my leadership skills, but hugely rewarding nonetheless. Despite not knowing any of the team initially, I’d now refer to many of them as friends who have shown amazing character and dedication throughout the past 13 months.

A smartphone that never rings?

I’m very lucky. Communications is very much viewed as a vital strategic element to the organisation and I’ve worked extremely hard to win the trust of senior leaders whom I work with. As with all organisations though, there are some colleagues who don’t share that opinion and don’t engage with their communications team either as often as they should, or only when a project is about to go live. Ironically, it’s these colleagues I often see when there’s a problem. Funny that…!

Having empathy, good listening skills and the ability to understand an issue in its simplest form. The ability to speak to someone in their language is also another good one.

Showcasing the value and worth of communications to leaders is also golden. Use your audience data and insights to your advantage and demonstrate that good communicators not only know why, what, how and when to say something but how those messages have landed with evidence they’ve changed someone’s behaviour or how they see something… That, in essence, is what good, effective communications does – changing people’s behaviours and perceptions for the better.

Also, don’t be afraid of sharing ideas – even the shit ones. You’ll be called out for the shit ones, but your response is “fine, I’ll get 10 others which are belters…”

As I’ve said above, really. Evidence on how your audience has changed behaviours or perceptions through effective communications. Vanity metrics on audience growth, shares, etc is just bum fluff…

If all politics is local, then all communications is local. We’ve seen throughout the pandemic that localised messages resonate much better than national messaging. The rise of hyper-local groups/app such as Nextdoor shows that residents (talking purely around local government communications) are mainly interested in what happens on their doorstep. Communication professionals need to start to think more about hyper-localised targeted messaging…from street to street, door to door.

Dave Smith on listening and complexity

Nick Chowdrey on getting people up to speed on digital