Dave Gilmore on being adaptable, comms' role in the organisation, and fielding sudden requests 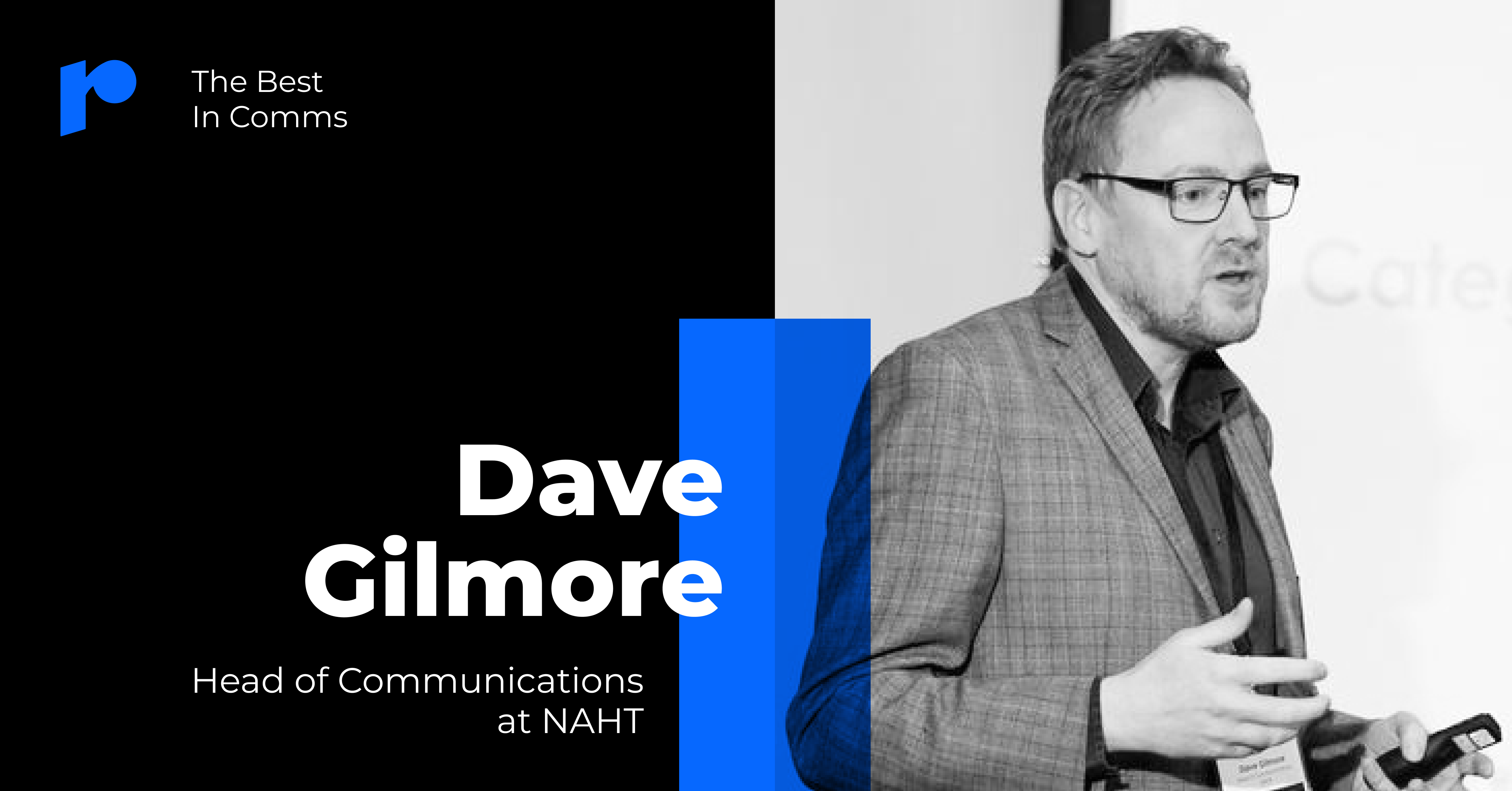 Dave Gilmore, head of communications, joins us for a chat on crucial talents for a comms professional.

Dave Gilmore, head of communications for NAHT, the union for school leaders, joins us for a chat on crucial talents for a comms professional. Read on for his thoughts on staying adaptable and cool during crises.

Messaging, media, language, and communications in general were a large part of my academic background, but I didn’t immediately fall into it as a career. For a number of years I worked on the campaigning/mobilisation side of the students’ unions before moving in to comms, but this work actually held me in good stead understanding communications better.

What personal skills or attributes do you think are most important for a communications role? Why these skills/attributes in particular?

I think about being someone who can move fast and be agile to situations, while still taking a higher altitude view as to what you’re trying to say as an organisation and the impression you’re trying to give. The ability to look at all the different things your organisation wants to say and thread them together in a coherent way is also important. And being able to time the messages in a way that your audience can absorb them. A lot of the time it’s like air traffic control.

Every organisation I’ve led comms for has had a lot to say, and the challenge that presents in ensuring that we can get those messages out to our audiences without drowning them, especially when we’re competing with all the other messaging they’re receiving, is always the biggest challenge. It’s also about educating from the inside about how much you can really say and how much you can expect your audience to hear.

For every time I’ve started working in an organisation as a head of communications there’s been a job of work to do in outlining the role and function of a communications team, and how they fit in to the cycle of projects and strategy. I think NAHT’s view of communications all round is positive; in previous years past iterations of the team could often be treated like the final function on a conveyor belt/final racer in a relay race, which meant they were unable to add the value that their skills and expertise could have lent to certain projects. We’re now much more in a place where the communications team are brought in at the start of a planning process, so we can help influence it and advice on what will and won’t work.

Try and absorb yourself in it as much as possible. Consider emerging trends and technologies in the landscape and think about how they might benefit what you’re trying to do. And try not to get too frustrated with last minute requests; they’re often unavoidable and when they are avoidable it’s just a reminder that the process of educating people as to how comms teams play their part is a constant cycle of education. It’s not perfect anywhere.

Same as most areas: you’ve got to enjoy it, and you’ve got to have fun while doing it. I think keeping your nerve during times of crisis is also key.

It’s almost a cliché but it’s all about learning from what you’ve already tried. ‘Move fast and break things’, as they say. We often learn more from the content that doesn’t get a reaction than the stuff that does. The more analysis you can grab hold of the better. It’s fairly plain and simple but starting with putting yourself in your audiences shoes and thinking about what they’d want from you is always a great place to start.

Passion or Pushiness? #ChooseToChallenge Assumptions About Women in Comms

Helen Fox on getting the basics right