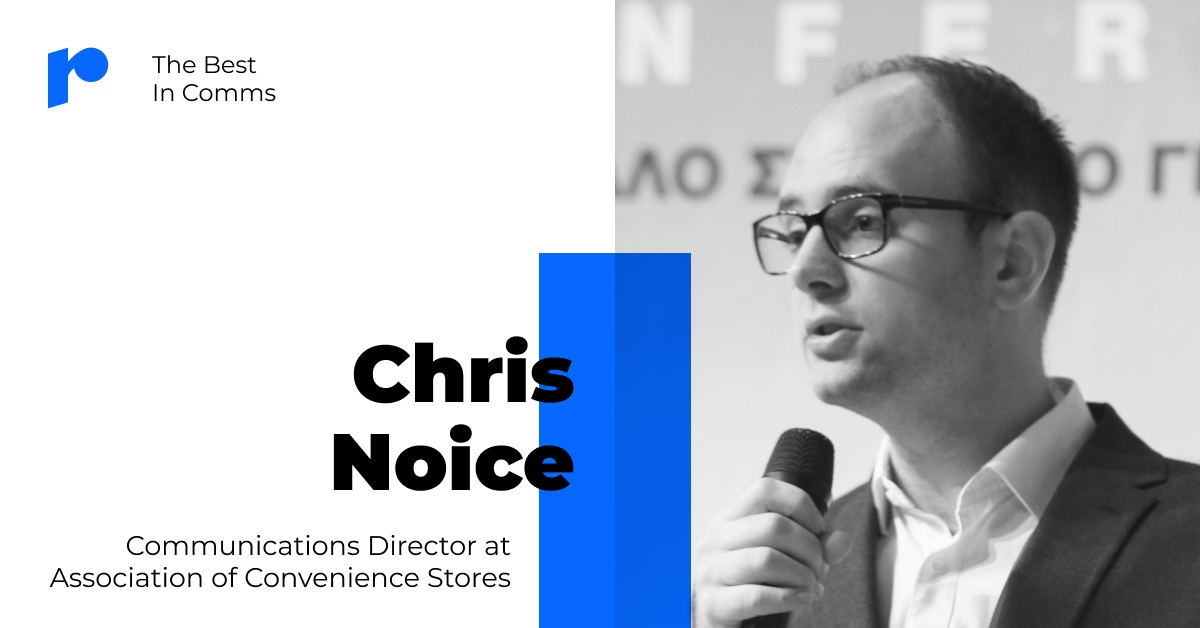 Chris Noice, communications director at the Association of Convenience Stores, shares his keen insight into maintaining quality over quantity in the flood of digital platforms.

Through school and university, I was always keen on being a journalist. I learned a huge amount as part of Nouse (the student paper) whilst at York with some incredible people who have gone on to successful careers in journalism, but in my first role outside of university at Men’s Health magazine I ended up a bit disillusioned with the grind of having to find a new angle on the same four stories every day. As it happened, there was a communications role going at ACS, which at the time was a maternity cover contract and pretty close to home, so I applied mainly as a bit of a stopgap, now 12 years later I’m still here!

I think it’s really important to be willing to try new things, and to accept that those things don’t always work. Unless it’s something that goes viral for all the wrong reasons, a lot of things that don’t work in communications fail quietly so there’s not really any harm done. With anything that’s new though, you’ve either learned a new skill, or a different way of presenting information, so it’s never just lost time.

A lot of my role involves trying to explain really complex topics in the most simple or easy to digest format possible, which can often be a challenge and a bit of a tug of war between one side that wants to include as much detail as possible to show that we’re on top of things, and the other side that wants something that we can fit inside a 1024 x 512 image. Often it's somewhere in between, but that’s a constant challenge trying to find a balance. Also, lots of what we and other trade associations do in the media can be tricky to pitch, as it often sits between the business, politics and consumer affairs correspondents.

One thing that I think a lot of businesses are experiencing is a consequence of hybrid working, where people don’t feel as though they can have the ad hoc conversations that take two minutes instead of scheduling a Zoom meeting that takes half an hour and feels like an imposition. Add to that the difficulty of replicating the tech set up at home that they have at the office. Overall, it would be some way of bridging the gap between at home and office working that brings some of those intangible benefits to the foreground.

I’m quite lucky at ACS in that as a trade association, we don’t sell any physical products, what we do is focus on engagement between our different types of members, and on influencing government policy – all of which is built on a foundation of good communication.

If I knew that I’d be selling it, but I’d say not spreading yourself too thinly. Take social media for example, there are so many comms professionals out there that feel as though they have to cover every platform going, from TikTok to Clubhouse and everything in between, when often just focusing on two or three platforms and maximising engagement there can be more beneficial. Nobody wants to be on the receiving end of the fellow kids meme for looking like they’re trying too hard.

I like to look at quality over quantity. We’re a niche trade association, so we’re not going to get thousands and thousands of views on most of our work (unless something’s gone very wrong), but if the people who do see and engage with our work are influential in our sector, then that’s far more valuable than just a big number on its own.

We’ve got so many ways to communicate now on different platforms, whether it be social media, Zoom, Teams, or whatever Google is trying this week, I think the most impactful thing you will be able to do in the near future (pandemic permitting) is to put all that down and go meet someone for a coffee.

The Importance of Being Evergreen